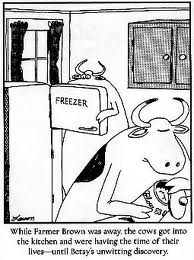 Amphibians animals that have moist skin, no scales and lay eggs

Fish vertebrates that live their entire life in water

Invertebrate animals without a backbone

Kingdom the largest group into which living things are classified

Mammal animals that have hair and produce milk for their young

Moneran kingdom of one celled organisms with no nucleus

Protist kingdom of one celled organisms that HAVE a nuclues

Reptile animals that have dry scaly skin and lay eggs

Vertebrate animals with a backbone

Petiole the stalk attaching the leaf blade to the stem

Non-living not endowed with life; inanimate

Classify To arrange or organize according to class or category

Protista mostly unicellular, some are multicellular (algae); all have a nucleus; any organism that is not a plant, animal or fungus; microscopic

Deciduous shedding the leaves annually, as certain trees and shrubs

Fossil preserved remains of animals, plants, and other organisms from the remote past

Taxonomy the science or technique of classification

Morphology the study of form or structure

Leaflet part of a compound leaf

Blade the broad part of a leaf

Margin boundary area extending along the edge of the leaf

Lobe Indented margins of a leaf

Scientific Name scientific name of a species -  formed by the combination of two terms. The first name (capitalized) is the genus of the organism, the second (not capitalized) is its species